Why should you want to live by Ctěnický háj?

Ctěnický háj (Ctěnice grove) is located on the north-eastern edge of Prague. Therefore, this locality runs directly through an imaginary border between Prague and central Bohemia. However, a sophisticated build-up of family houses and smaller apartment houses has virtually erased this division: besides, the city public transport fully covers also the needs of the neighbouring Přezletice. Fulfil your dream of living in Prague precisely here, by Ctěnický háj.

Blue-green island on the edge of Prague

Ctěnický háj is located directly on the border that divides the capital city from the Central Bohemian region. Upon first look upon this place, however, most visitors just shake their head in disbelief: So, is this really still Prague?

Since more than anything, this place looks like a blue-green island between fields that neighbour with the surrounding municipal parts or villages. With blue colour, we are referring to the surface of ponds, small lakes and today even also of other water bodies constructed on the brand-new golf course. The green is represented by a ring of forests and forest parks that surround this corner of Prague almost from all sides.

Natural reserve with thousand years of history of human settlement

Going in the direction from the centre, you will get to the Vinoř park (called also Satalická obora – Satalice game-preserve), a natural preserve known also thanks to its many archaeological findings from the Stone to Bronze Age. On the other side of the municipal part, there is Ctěnický háj (Ctěnice grove), close to the central-bohemian village of Přezletice, famous for its finding place of remains and objects attributed to the human Homo erectus, who lived here about half a million years before Christ.

Both forested areas have surprisingly a lot in common. At the edge of each, for example, you will see a castle building: by the Vinoř park, it is the former charming seat of the Czerníns dynasty, which used to accommodate many a crowned head under its roof and which today serves for the needs of the ministry of interior, by the Ctěnický háj, it is the castle premises Ctěnice, which – along with its carefully maintained park – belongs to the Museum of the capital city of Prague. You will find many permanent and temporary expositions of the museum there, but also a café, restaurant and a hotel. 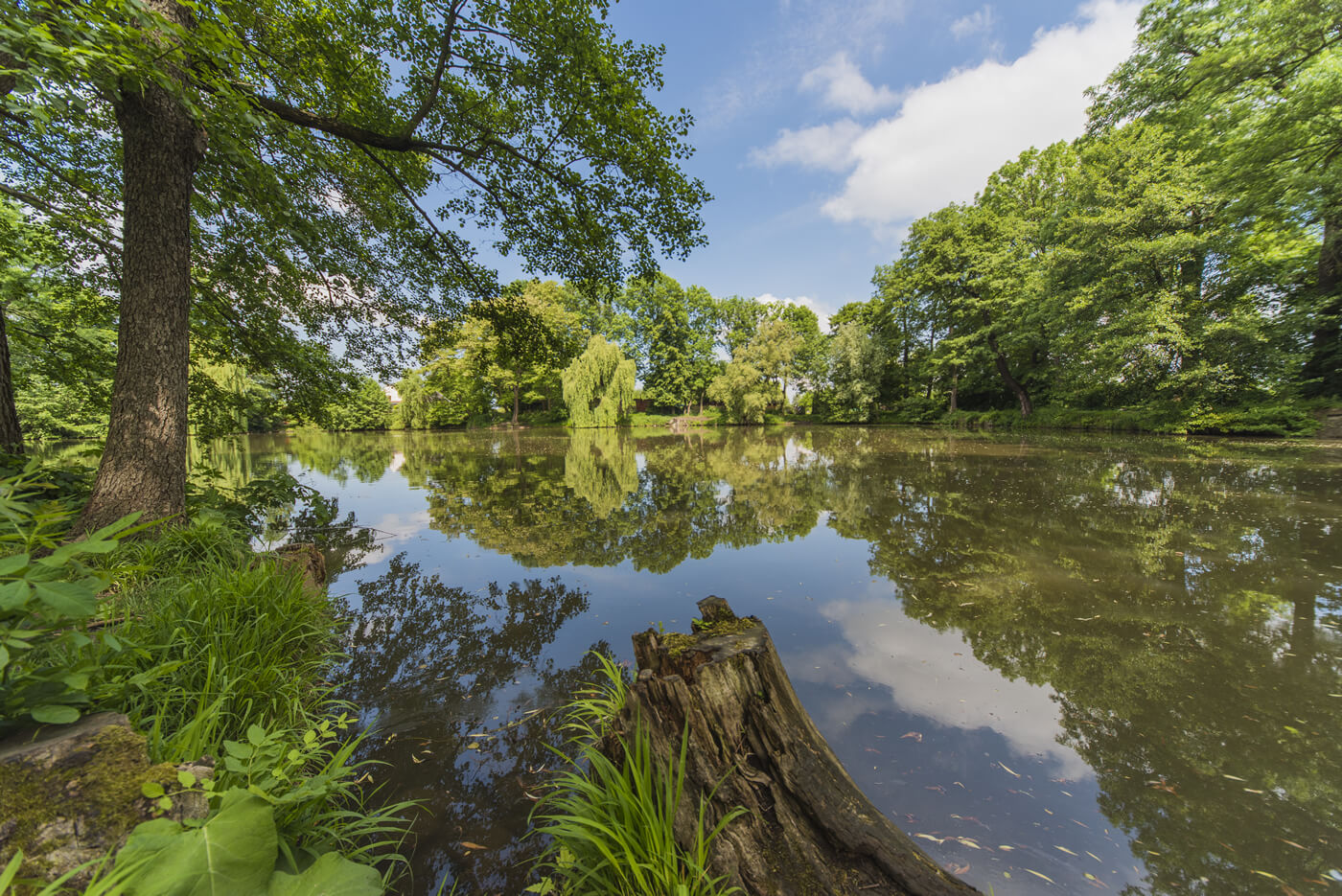 Paradise for lovers of fresh air and trips

The exceedingly rolling terrain of both forest areas consists of sandstone subsoil thanks to which there is a number of rocks, romantic ravines and other attractive corners. That means, it is a proper paradise for the lovers of fresh air, greenery and trips to both the close and more remote surroundings! The renaissance and baroque monuments of Brandýs nad Labem, Stará Boleslav, Lysá nad Labem or Mělník are really just a stone throw’s away from here… So – is this really still Prague? Of course, it is.

The locality – as a part of Prague – naturally belongs into the integrated system of public transport, therefore you will get to the Letňany metro station by bus in about fifteen minutes, disregarding the direct connection to a train in Satalice that makes a trip from Vinoř to the centre of Prague a matter of half an hour.

Schools and healthcare virtually around the corner

In the neighbouring Vinoř, you will also find a modern and continuously expanding elementary school. Healthcare centre in the centre of the municipal part is the seat of most standard doctor’s offices. Apart from a number of smaller shops, a supermarket will be added to the existing discount self-service shop soon.

Sport and culture activities in the surroundings

Sport lovers can join many physical activities at the local Sokol house, under which belongs also the football and tennis court. And in the evening, apart from a walk through the historical centre of Vinoř (a unique baroque complex of a vicarage, granary, church and a castle farm is located on the Vinořské square), you can visit one of the many local restaurants, a concert of great musicians on the nowadays already a famous scene of the Hoffman’s yard or see one of the new films screened at the same cultural centre every Tuesday.

Do you want to know more about living in Ctěnický háj? Write us!